Home is Where the Hulk is Part Two
MichaelJune 30, 20190 comments

Whoopsie. Bizarro tries to help finally and… did he like just blow up the whole reality? I’m sure it’ll be fine, I mean, it’s a comic.

Read more
Home is Where the Hulk is Part One
MichaelJune 23, 20190 comments

The Red Skull is finally ready unleash his master plan!! But he’s not really sure what it is. Something about taking over the city, or the world, or gold, I dunno. Super Villains! Am I right?! Also, all the displaced Captin Americas are still here from across parallel universes. We got some Movie Cap, and […]

Solomon Grundy is bored and looking for a friend… unfortunately, everyone is too busy to spend time with him. But he’ll always have the Gilmore Girls. 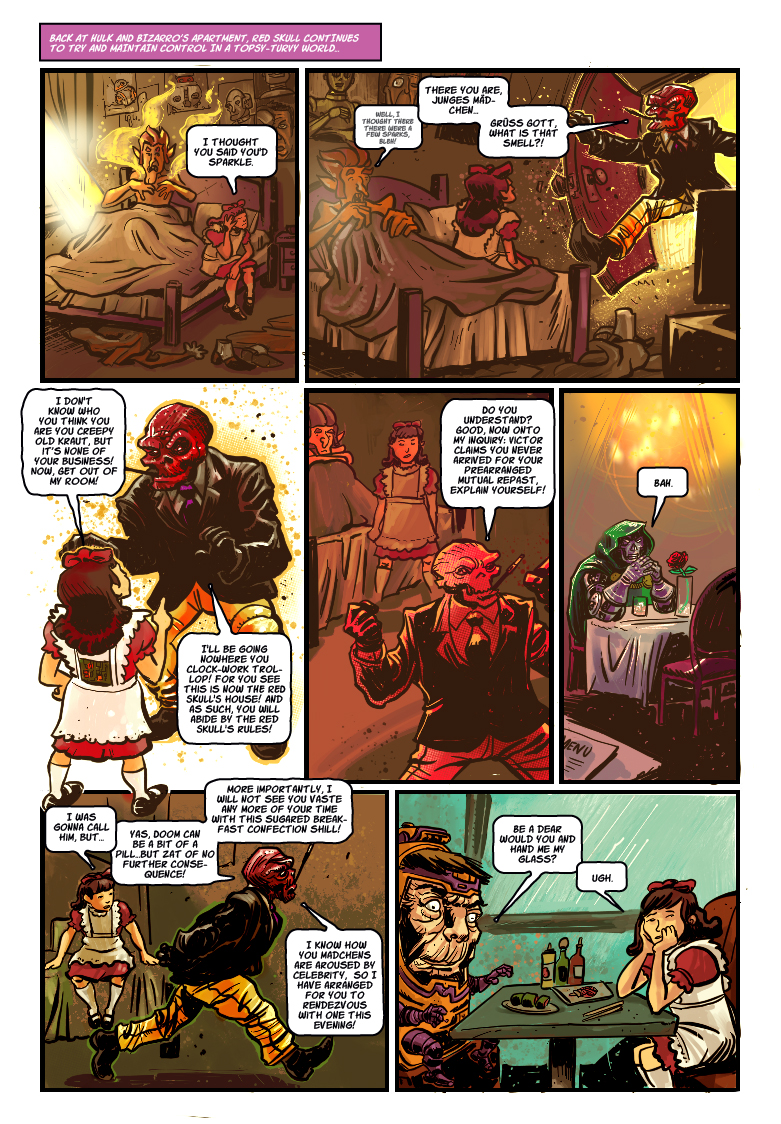 Back at Hulk and Bizarro’s old apartment, Red Skull is making himself at home, including the attempted parenting of the Android girl from Small Wonder, Vicki. For some reason he’s trying to pimp her out or something. I think he owed Doom and MODOH some favors. 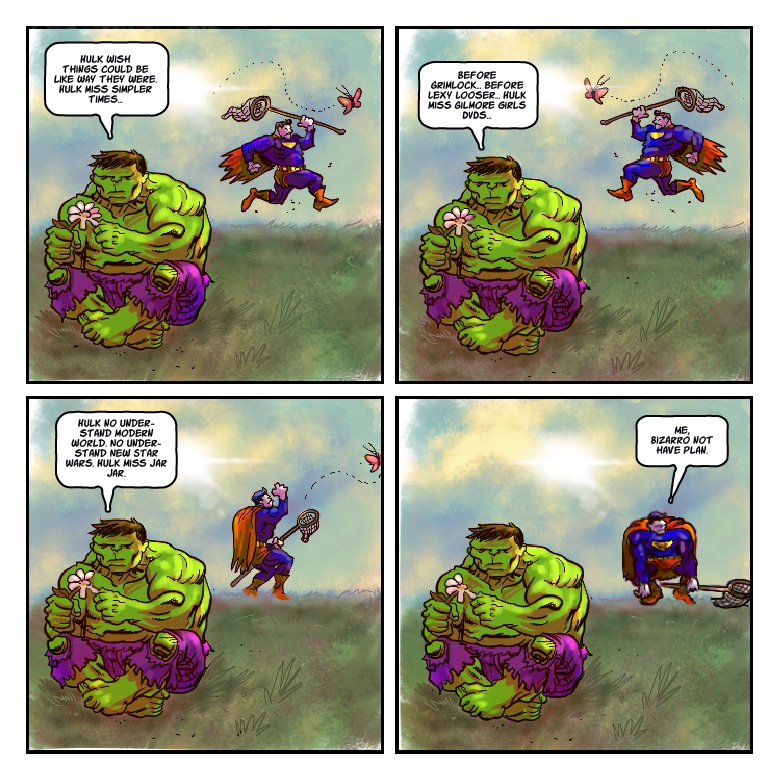 Re-imagining the very first HvB strip from way-back-when. Now with enhanced CGI. Sort of a Special Edition, if you will, with 88% less suckage. But also a totally new narrative. So less a re-imagining and more a hostile reboot. Or more like when they take old comics and reprint them with updated coloring. Or like […] 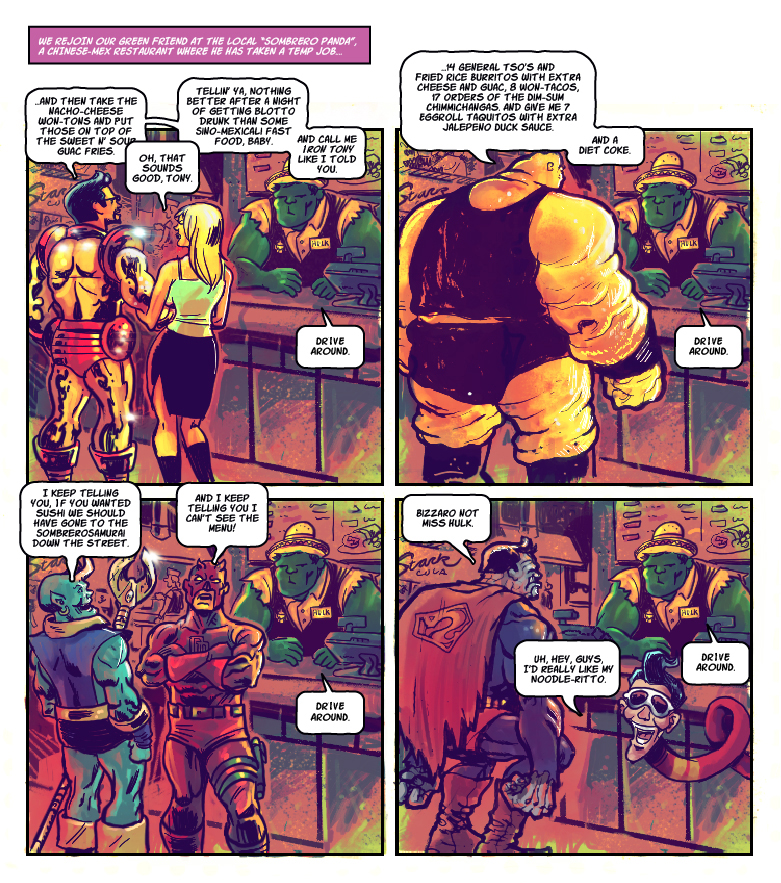 Continuing Hulk’s jocular, jobless journey since getting fired from the original Hulk vs Bizarro comic strip, we find the jolly giant taking up work at a Chinese/Mexican-fusion fast-food eatery. In the first panel, we see what we call “Drunk Iron Man” from his time as an alcoholic in the ’80s followed by Blob making a […] 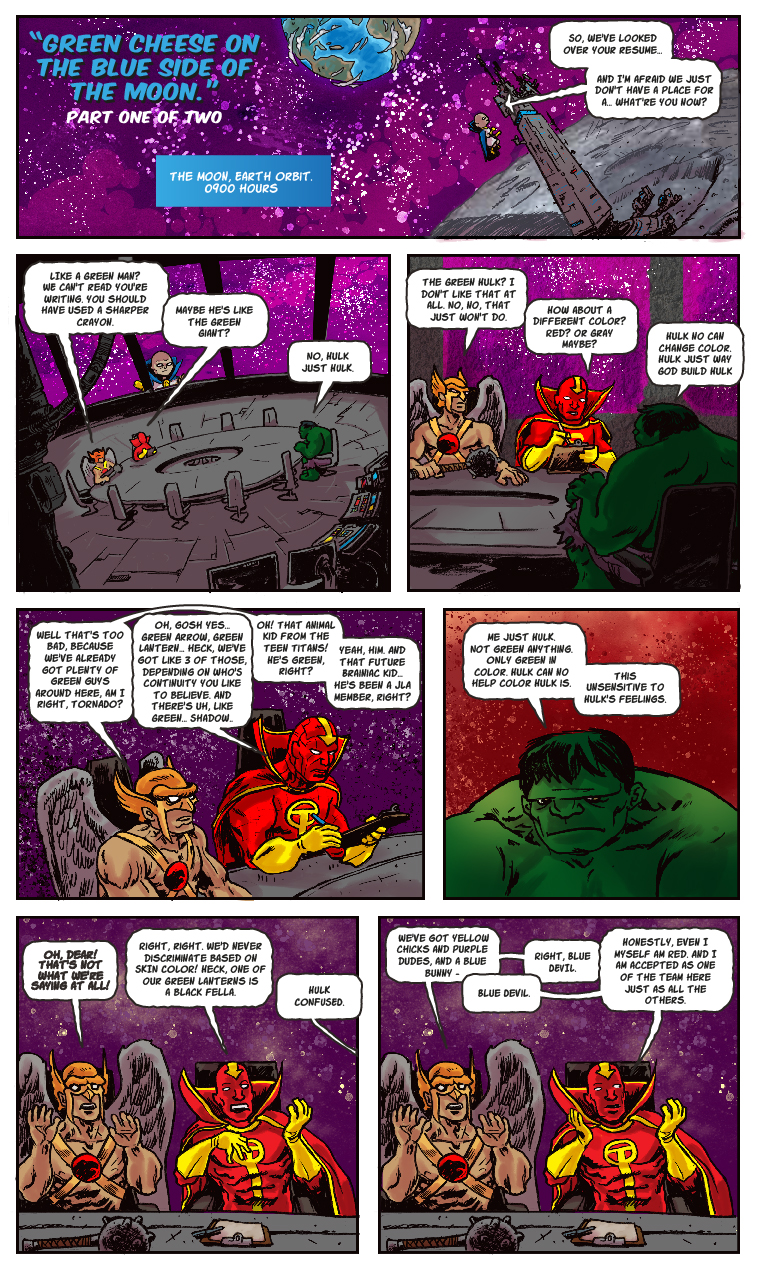 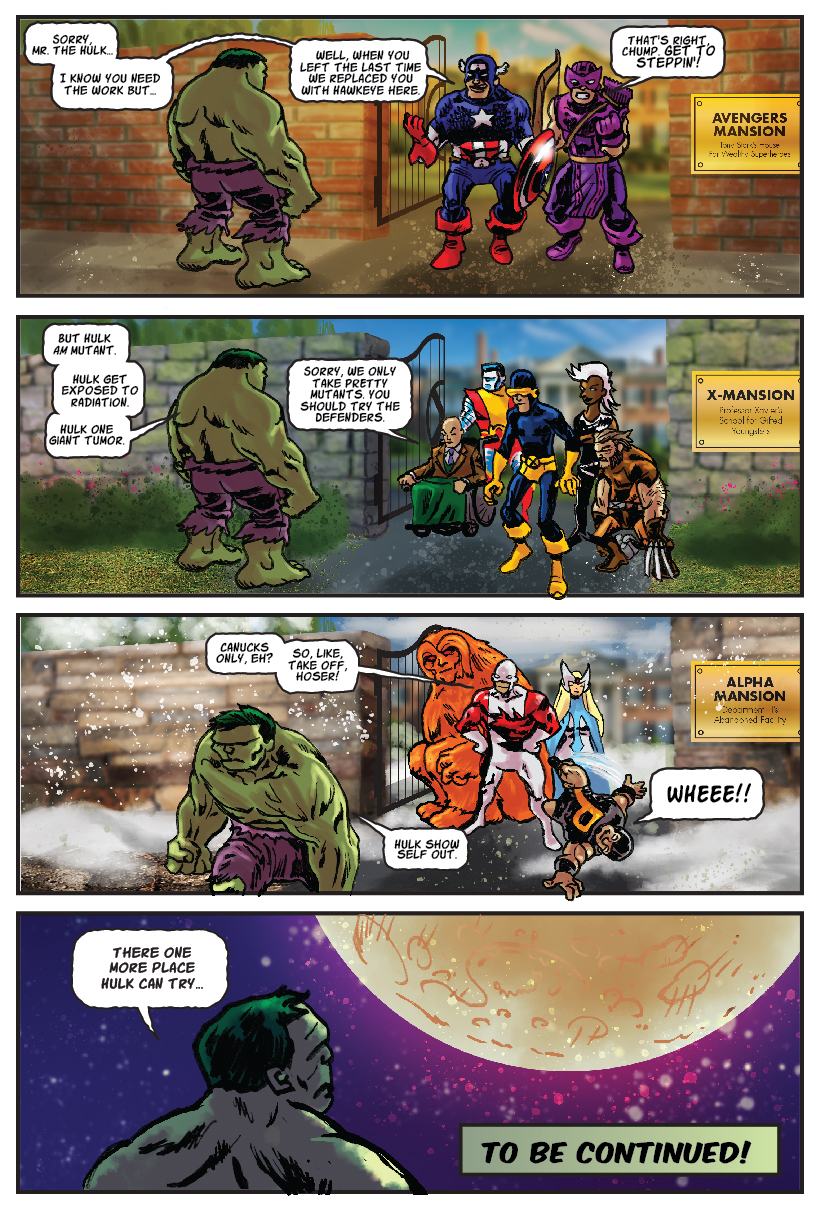 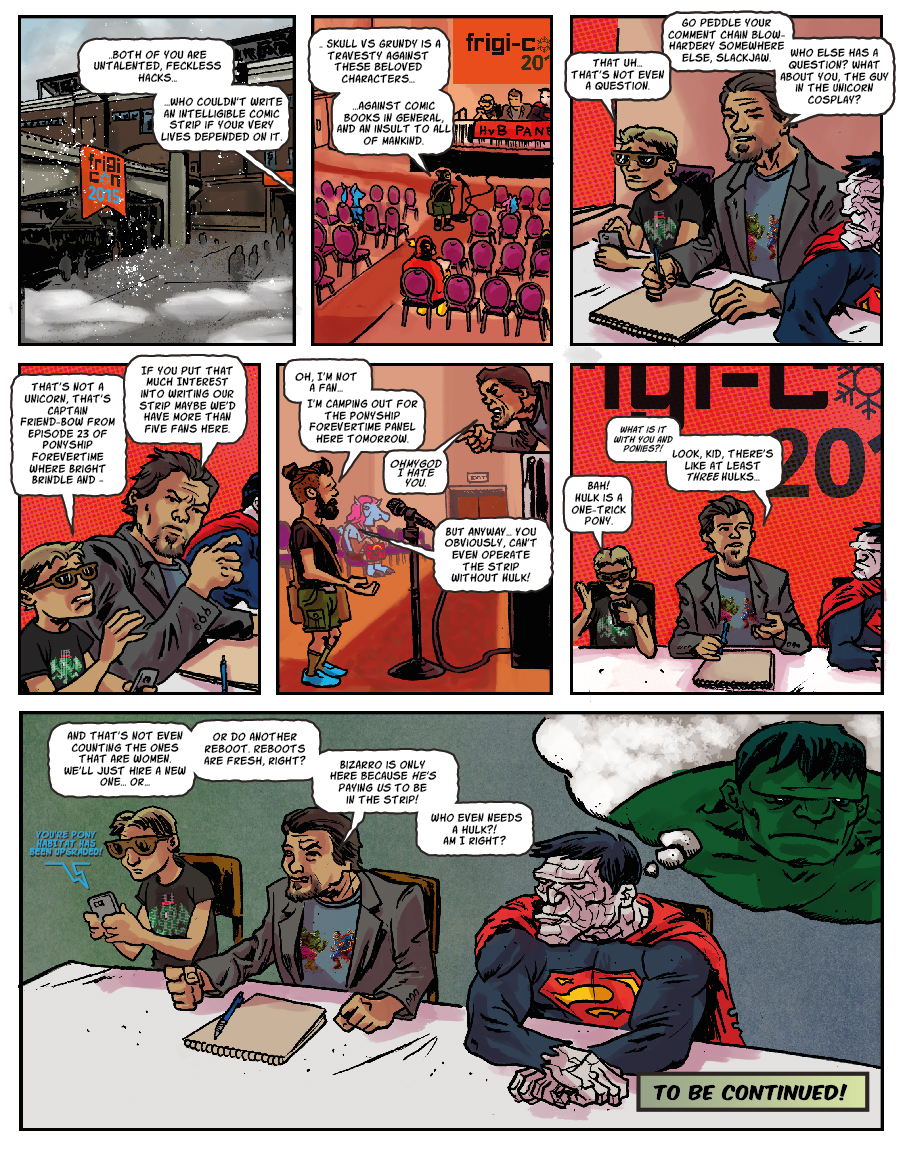